This article is about the fictional character, for the historical character see Maidservant 侍婢.

Diaochan is also often regarded as one of the Four Beauties of ancient China. Unlike the other four beauties however, Diaochan, as we know her from ficitious accounts, never existed. She is therefore sometimes replaced by Yu Miaoyi 虞妙弋.

Historically not much is known about Dong Zhuo's maid, fictionally named Diaochan (her real name is not recorded). Diaochan's stories in Sanguo zhi pinghua, Romance of the Three Kingdoms or any of the videogames are all fictional.

During the Campaign against Dong Zhuo, "the maid" served Dong Zhuo as his maid. She was most likely of young age. She met Lü Bu when Dong Zhuo had ordered him to guard the palace doors. "the maiden" was presumably a girl of pleasant appearance, because whenever she passed by the palace doors, Lü Bu would attempt to seduce her, eventually succeeding. In 192 A.D. "the maid" and Lü Bu had an affair. The affair unsettled Lü Bu. Once, Dong Zhuo had tried to kill Lü Bu by throwing a lance aimed at his head for a minor offence. Lü Bu always feared Dong Zhuo would do something like that again, given Dong Zhuo's temper. Presumably, he feared that the chances of something like that happening again would become bigger if Dong Zhuo found out about his affair with "the maid".

Minister over the Masses Wang Yun 王允 had noticed the changes in the relationship between Dong Zhuo and Lü Bu (which had changed partially because of "the maid") and used it to set Lü Bu up even further against his adoptive father, which ultimately resulted in Lü Bu killing Dong Zhuo. What happened to "the maid" after this is not known. 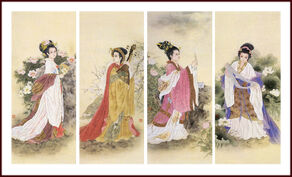 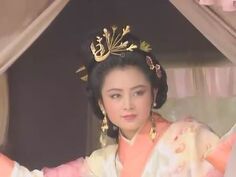 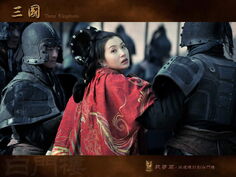