Gongjin's Campaign Memorials
Register
Don't have an account?
Sign In
Advertisement
in: Videogames, Romance of the Three Kingdoms XIII

Romance of the Three Kingdoms XIII

Romance of the Three Kingdoms XIII

The English version was released on 5 July in the USA and 8 July in Europe.

Based on the Romance of the Three Kingdoms novel, Romance of the Three Kingdoms XIII has been developed in celebration of the franchise's 30th anniversary. The game uses the tale of a collapsing dynasty and the power-hungry emerging factions to set a complex chessboard on which players can follow and influence the fateful events leading to the unification of 2nd century China.

Fans of strategy games will find this exceptionally detailed title to be a challenging and rewarding blend of deep strategy and historically accurate warfare, regardless of their familiarity with the rich story of the Three Kingdoms era of Chinese history. Cities can be built and developed; alliances can be fostered or broken; armies can be mustered and deployed. Romance of the Three Kingdoms XIII prides itself on offering a wide selection of options for conflict resolution, the most impressive of which are the armies. A wide variety of army units can be recruited and trained, including foot soldiers, cavalry, artillery, and navy, while special care has been taken to incorporate diplomacy and personal relationships, giving the player an extra incentive to build a stable and loyal network of friends and allies.

This comprehensive and exceptionally detailed strategy title features two compelling gameplay experiences: the Campaign mode, which stays true to the most profound of strategy games by allowing players the freedom to choose a starting year and customize the board to their liking before attempting to beat the game, and the Hero mode, which acts an in-depth tutorial, closely following historical events while teaching players all of the game's mechanics. In Hero mode, players familiar with characters from the Romance of the Three Kingdoms series can also enjoy an alternative way to relive the exciting lives and adventures of those heroes before proceeding to leave their own mark on history!

In Romance of the Three Kingdoms XIII players have near endless customisation choices, as they can take on the mantle of one of 700 historical characters (including such fan- favourites as Zhao Yun, Liu Bei, Cao Cao and more), or create their own unique character and try to climb the proverbial leadership ladder.

The Hero Mode tells the story of the Three Kingdoms through several short battles and events, whith its first half serving as a tutorial. After that, the Hero Mode takes more of a fixed scenario/challenge approach. The Main mode traditionally offers a set of scenarios which you can pick to play. The main aim of the game is to stabilize your territory, gain more officers, conquer more territory, and ultimately unify the land, under the flag of Han, Wei, Wu, Shu, Zhong, Jin, or another force.

To achieve this, the game offers very menu driven gameplay with several options and sub-options to increase your territory domestically and militarilly. If you wish to improve your territory domestically, you can do so by appointing yourself or one of your men to the tasks Commerce, Farming and Culture. Commerce gives gold, which can be used to pay your officers. Farming feeds your men. Culture attracts people. To improve militarilly, you can try to Hire new officers, Train new Spear-, Horse- or Bowmen, or Patrol. Patrolling increases Fealty, which results in attracting more men to your cause.

These options are just a rather small percentage of all the options available in the game. At first it may seem as if the game offers a very deep micro-managing system, however after having played the game for several hours the game felt rather shallow to me. A good city needs to excel in all domestic and military options, not just few. There is no real point in having a city focus primarily on Farming, and another on Commerce, for example. You're best of having all of them upgrade Commerce, Farming and Culture.

On a sidenote: another thing I noticed was that the translation of the game is inconsistent and contains quite some errors. I've seen the city Chang'an also written as Changan and Chang An. Usually the cutscenes uses Chang An (or Yan Jin, Le An, etc), whereas in game you'll see Changan (and Yanjin, Lean, etc). It's as if different translation teams were used for the cutscenes and the ingame sections. Furthermore, the founder of Jin, Sima Yan, is now a son of Sima Shao, and no longer a son of Sima Zhao, and Sima Shi is no longer the first son of Sima Yi, but is now the first son of Sima Hui, "Water Mirror". Pretty silly translation errors.

Battles in Romance of the Three Kingdoms XIII are quite like those in its predecessor.

When your character encounters an enemy force you can choose to take control of the battle. If you decide not to, the AI will decide the outcome. If you choose to take control of the battle, you will leave the world map and enter a more detailed battle map. How it looks depends on where you encounter your opponent; on the ourskirts, near a city, in a forest, on water, et cetera. 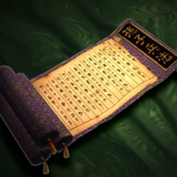 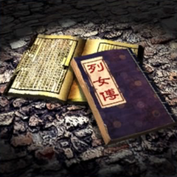 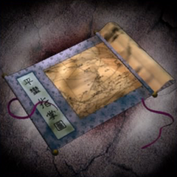 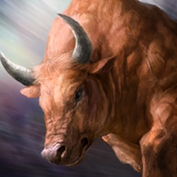 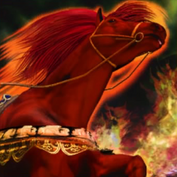 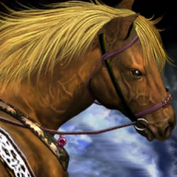 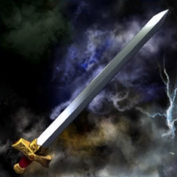 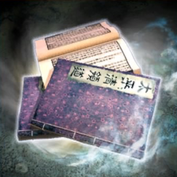 Romance of the Three Kingdoms XIII re-uses many of the portraits used in Romance of the Three Kingdoms XII (which you can find here). Mainly the more prominent people were given new portraits. Some even have multiple portraits, for example Liu Bei, who has a portrait in which he appears young, another one in which he appears old, another one where he wears a mianguan (emperor's headwear), et cetera. 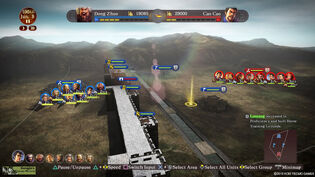 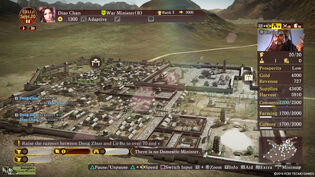 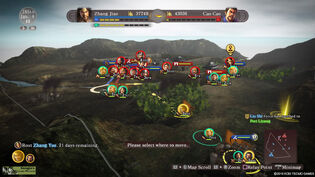 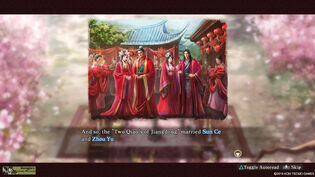 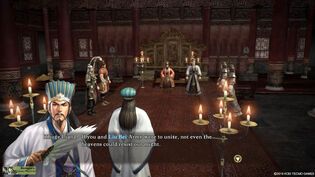 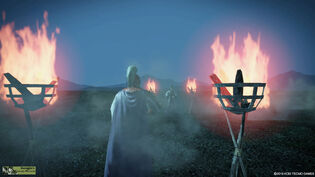 Zhou Yu about to debate 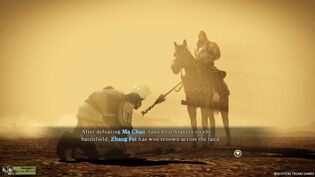